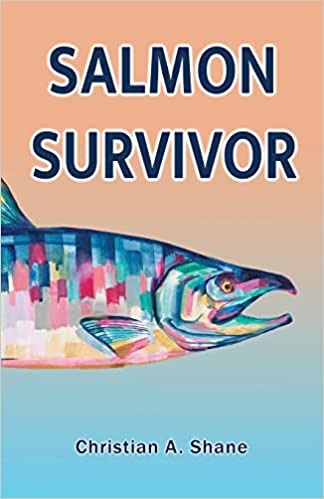 Like fishing, life is an unpredictable series of thrilling wins and devastating losses. Together those lines get tangled in a new book written for tweens but unpredictably accessible to adults.

Scheduled for release this month, “Salmon Survivor” (Relevant Publishers, $14.99) is the first novel by Christian Shane of Cranberry, a biology teacher at Ingomar Middle School in the North Allegheny School District.

For 16 years Shane has run the school’s Trout in the Classroom project, in which students raise trout from eggs to fingerlings before releasing them in local waters. Shane is a fly fisherman, outdoors writer and former newsletter editor for the Pittsburgh chapter of Trout Unlimited, a nationwide cool-water conservation group.

“After my first trip to Alaska in 2008, I wanted to put something out that the kids could read that would draw them in [to the outdoors],” said Shane. “You have to address them in competition with screens and sports and everything else. I asked some people, ‘If I’m writing about fishing, what would draw you into the story?’ They all said, ‘Big fish.”

In “Salmon Survivor,” a tragic loss motivates a boy to try to score an Alaskan grand slam — catching each of the state’s five salmon species in a single summer.

“At first it was just a fishing story, but I got deeper and deeper into it,” said Shane. “Salmon struggle upstream to mate and then die surrounded by this beautiful environment. Maybe it’s like that for people, too. That’s why this took 10 years to write.

The result is a story written for preteens that resonates on another level for adults. “Salmon Survivor” is an experience that parents and kids can share. Together they may learn something about fishing, each other and themselves.
“Salmon Survivor” can be purchased at christianshaneauthor.com and Amazon.com.

Reel in a deal.

For $6, PWWTU members are offered a six-month digital subscription to the Post-Gazette and a subscription to The Wild Life newsletter. Outdoors writer John Hayes contributes one article per month and two speaking engagements per year to the chapter.